Family Court May Be The Common Denominator For Many Families When Relationship Conflicts Require Intervention, But It Should Always Be Recognized As The Forum Of Last Resort!

California Family Courts render unique and invaluable services to people locked in end-of-relationship struggles. Family law Judges and Commissioners are extremely dedicated and highly trained professionals who make great personal sacrifices when they agree to take the bench. It is hard to imagine more challenging work. For significant portions of the population, the only place where people can go to achieve physical and emotional safety or win some economic equality is the local courthouse. Children in particular benefit hugely from the protections that the system aspires to provide. Besides judges, our county courts offer child custody recommending counselors, family law facilitators, probation officers and many others including courtroom staff, often at little or no direct cost to the parties beyond filing fees (which are ever-increasing). The commitment and availability of these workers is an example of how local governments can successfully improve the quality of our private lives.

But the family court legal system has significant organic, practical and fiscal limitations. Many people don't recognize, or forget, that it is the remedy of last resort - if it is considered to be the point of beginning, vast opportunities for self-determination are lost. The court experience can take on a life of its own, and so be self-perpetuating.

First and foremost the system is predicated upon an adversary model for answering disputes. The parties express and argue opposing views or stories about themselves and the other within the framework of complex rules of procedure and evidence that are designed in theory to encourage respect, truth-finding, fairness and uniformity within the process. Most judges do an outstanding job in maintaining civility and dignity during the proceedings. Substantive laws according to statutes and appellate decisions then determine who gets what. But whatever the outcome, it is imposed upon the parties from outside the family itself, and it will not have taken into consideration much beyond legalistic interpretations. It is susceptible to being swayed by inflammatory sound-bytes, not to mention fatigue and burn-out. The outcome is likely to be disappointing and what people say and do within the adversarial process may gouge new wounds or keep the old ones from healing.

Second, because a judicial officer sits as the "trier of fact" he or she is always the most important person in the room (and sometimes a ghost in the parties' homes). A judge's job includes making decisions in favor of the party who has met their burden of proof - that is, the person who has established to the court's satisfaction that one position is more likely to be the truer one (by one percent or more). Judges do the best they can to render unbiased and carefully thought out judgments, but they have conscious and unconscious biases like everyone else. The lack of resources, not to mention the often difficult behavior of the parties (and sometimes their attorneys), constricts any luxury for reflection.

Several important consequences flow from these practical realities. Judicial involvement implicitly presumes that peacemaking alternatives to adversary litigation have failed. Sometimes that is true, but more often all that has really happened is that Party One has said "I want it my way" and Party Two has said "No, I want it my way." These two people alone could not save the marriage or domestic partnership, and it is equally unlikely that they can now agree on how to manage the delicate financial and parenting issues without outside assistance. The fact is that when people are ready to seek outside intervention, the first place they look to is adversarial lawyers or the family court, not noticing they've short-circuited alternative dispute resolution options. One or both hires a divorce attorney (few lawyers describe mediation or collaborative options before undertaking cases, although they are ethically required to do so) or files a proceeding on their own; three weeks later the family's lives are dropped like a ball of snakes into a judge's lap for untangling. Unfortunately, while all judges promote settlement and joint decision-making if it is safe for the litigants and for their children, they are not hired on and paid to be mediators. They are decision-makers who are trained to call balls and strikes, and they don't have the time to hold the hands of people who might benefit from a little guidance.

Third, there are policy and fiscal limitations to what county governments, and hence judges, can do. In terms of policy restrictions, few local county courts have developed or make available any kind of mediation programs beyond custody related matters. The budgetary crisis is begining to change that, out of fiscal necessity. Custody mediations generally do not allow for at most more than an hour of a custody counselor's time to read the file, assess the parties, and then report to the court. Possibly those individuals have had 30 minutes to interact with the parties to learn the competing and complicated concerns. No matter how dedicated, smart, and professional they are this is likewise a challenging task within the allotted time-frame.

Settlement and mediation programs are non-existent in some middle sized and most smaller counties. When I originally wrote this Blog, the Indio Branch of the Riverside County Superior Court had no non-custody family law mediation program in place. This was odd since Riverside is possibly the largest county in California. Because of financial restrictions, throughout southern California when mediation programs exist they often rely entirely upon the generosity of retired bench officers or volunteer attorneys. One resulting irony is that the family court dockets become overcrowded with many cases that are otherwise amenable to settlement, and this further taxes the system and makes less money available for mediation or other needs. Similarly, there is no option for high-conflict families other than to force them to litigate at great cost to all, especially since they tend to re-litigate endlessly, taking up a disproportionate share of court resources and pressuring the time available for other families. With the leadership of Judge L. Jackson Lucky in downtown Riverside, this has shifted a bit since I first wrote this. Following Judge Lucky's lead, and with the support of Indio Superior Judge Dale Wells, we now have a simple mediation program in place in Riverside and Indio. Much more is needed.

The failure of cooperation between the judiciary and non-public lawyers has several causes that are each difficult to overcome. First, court administrative decision-makers seem distrustful of sharing these tasks outside the system. Second, when it is solicited lawyers are not reimbursed for their contributions of time. Their involvement is an unappreciated public service without economic benefit to them, and indeed such service takes time away from their existing caseloads (read: anxious paying litigation clients). Third, while we sincerely proclaim that settlement is in every way preferable, and acknowledge that it de-congests clogged courtrooms and frees up public resources, some governmental officials still seem to consider it as if it were a luxury item. This tracks the views of larger society, which hasn't recognized that mediation is a core asset rather than a stop gap, and this is true of both public and private mediation. Consequently, private mediators are not asked to mediate for the public and receive no systemic support. Lacking support or encouragement many potential mediators don't take developing mediation skills seriously, especially if they cannot also develop a private mediation practice that justifies the investment of time and money that accumulating mediation skills quite assuredly requires.

Despite all the obvious benefits to individuals, families, fiscal conservatives and society in general when mediation works (written about extensively in this site but also at Desert Family Mediation Services), judicial officers and court administrators continue to resist it. This is understandable given that mediation is a latecomer to the litigation party, but otherwise it makes no sense. Yet there are many reasons why mediation in any form is usually a superior alternative to government sponsored outcomes.

Today it is only the sophisticated legal consumers that recognize its potential value for themselves, largely because they are dissatisfied with their earlier litigation experiences or hope to avoid the experiences of others that they've observed. Some of the very ones who have the money to fund battles between lawyers, in and out of court, see that mediation is a much cheaper alternative or at least come to the recognition after some great expense. This is a secret that most litigating family lawyers know well - once the adversarial experience grinds people down sufficiently, they are ready to begin to think about settlement. That is a good time to bring in the mediators.

By the way, one of the powers of the Internet includes making limited demographic information accessible to web owners regarding their visitors. While I cannot discern who visits my Blogs (and we don't use cookies or any individual tracking techniques), Google provides metrics that do tell me what word combinations people are 'goggling' and something about their gender, age, if they have children and their years of education. People seeking information about mediation are uniformly over 45, more than half are male, and most have attended graduate school.

I need to be clear that I am not blaming the courts or the lawyers as being in some form of conspiracy to increase the costs of divorce. Government always reflects the values of the constituency, sooner or later. Dissolution lawyers don't so much market a product as they provide a service to consumers who already have an expectation of what their needs are, even if it is skewed in the sense that it comes from a place of emotional reactivity and fear over losing money, property and kids. Until people who require the services of lawyers become aware of non-court alternatives, they will continue to expect the norm.

We seem to be stuck, but the good news is there is movement occurring. My fantasies include the one about how simply having this chat will help in a small way to shift our thinking. I hope to take mediation directly to those whose lives are the essence of what drives the family court system. My aim is to bypass outdated and bureaucratic thinking, and to popularize mediation as a preferred method of dispute resolution that potential litigants know to investigate at the outset to test whether it might be appropriate for their situation. One way to do this is to give you an experienced lawyer's inside view of the shortcomings of our legal system as it intersects with relationship transitions. Another is to remind lawyers that standards of practice and ethics require them to describe the possible benefits of mediation before they are retained, because some do not. And another is to encourage government decision-makers to increasingly embrace mediation within the court related processes.

These changes are coming anyway, and for very good reasons. 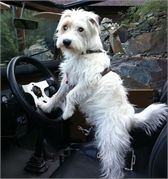 Drive Your Own Divorce!